If you’ve ever clicked on some file in Windows and seen this dialog box, you know what I’m talking about: 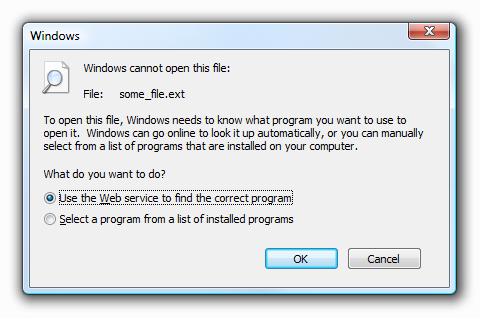 The web service is completely useless, and most of the time you already know what program you want to use to open the file. Luckily, it is easy to disable this dialog box with Default Programs Editor (download). Simply launch the program, and click on the Options button: 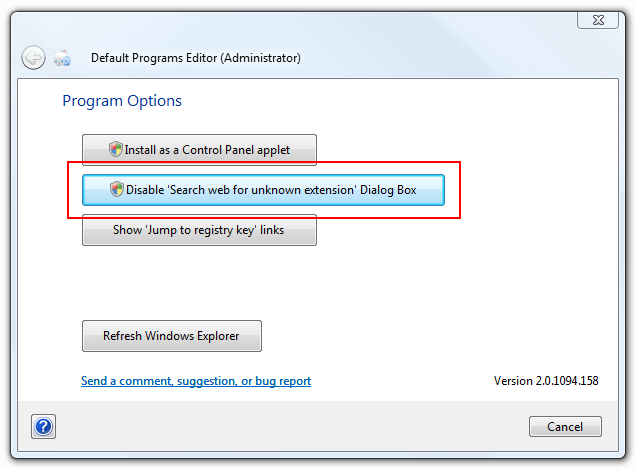 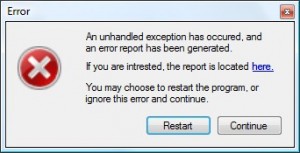 What information does the crash report have?
OS version, last executed method from a logging functions, and a stack trace. No personal identifying information. Each crash dump is saved to C:\Users\<user>\AppData\Local\factormystic.net\Default Programs Editor\<version>\ , which is also where the advanced.config file is saved.

The x64 bug was quite odd. I was initially debugging on a vanialla rtm install, and the program worked fine. It wasn’t until I installed hotfix KB932471, an update for .Net 3.0, that it successfully crashed. I’m not sure exactly what changed in the framework to make it start crashing, but the bug was a relatively simple fix.